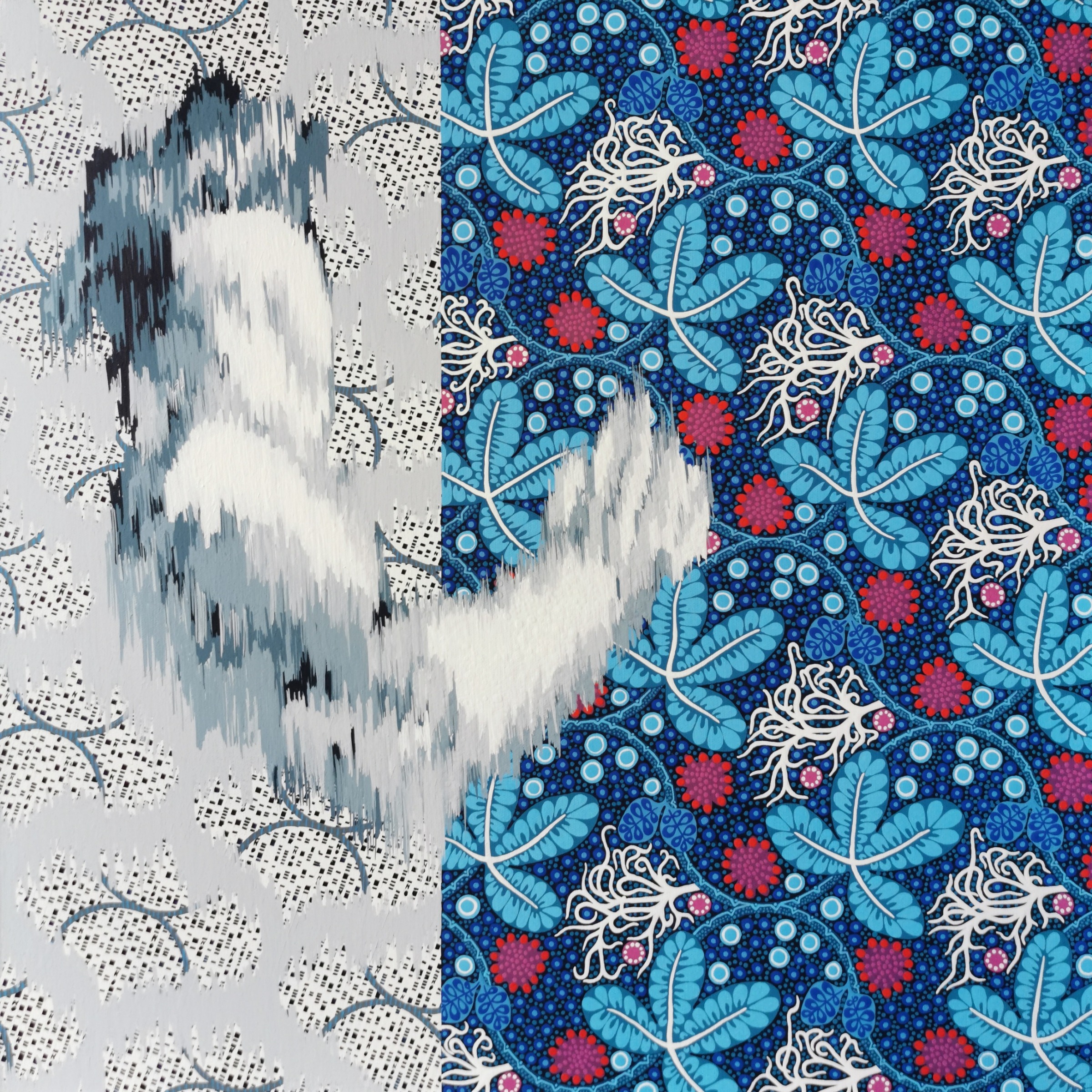 Arabesque, as principle of free composition of artistic works, came to writers of Romantic era. This logical conclusion can be traced in Goethe’s “About Arabesques” (1789), Gogol’s “Arabesques” (1835) and Poe’s “Grotesques and arabesques” (1840).

Romantics identified their artistic style as free-spirited, ornamental. In contrast to static of classical style, arabesque is on the move, its meanings connected into one complex cycle.

Romantics from beginning of 19th century were reimagining Middle Age’s culture and gave arabesque hidden allegorical, mystical meaning. Looking at the past as lost paradise and golden age was the way Romantics dealt with present’s uncertainty, making up the perfect world. German poet Novalis is remembered as author of “blue flower” symbolism – metaphor for Romantics’ striving to ideal.

Arabesque is an East Middle Age’s ornament, made from geometric, calligraphic and floral elements. Arabesque is built on infinite reproduction of the same pattern. There are two ornament’s styles: geometrical – girih; and floral – islimi. Girih’s a geometrical ornament, made by algorithmical intersecting of straight lines and circles. It associates with man’s image. Islimi is styled floral forms present as idea of infinite fabric of universe. Its associates with woman’s image.

In 1840, artist Moller, living in Rome, painted “Kiss”. This painting brought massive fame to its creator, Moller was named “Academician” for it. The painting was bought by Nikolay I for his wife. It shows young woman who pushing away young man, passionately hugging her, in fear. The artist payed special attention to facial expressions and emotions of the characters. Combining academic narrative and Romantic features made the painting so popular that the author and other artists reenacted it many times for public’s demands.

The question is, why this work was so popular, besides obvious artist’s mastery? What contemporaries did see in it, what anguish in girl’s eyes told them? Was this story seen as the symbol of blooming youth and passion or was this first realization for uncertainty of women’s freedom? Irony thank to which Romantics balanced between striving to the ideal and imperfection of the world.

Our contemporaries’ associations, according to the poll, are more univocal: violence, resistance, inability, desperation. I use muddy, glitching silhouette of the girl from Moller’s painting to show changes in perception passed through two centuries.

Arthur Schopenhauer wrote that in arabesque “Impossible is possible with preserving known seen truth. And only some law abolished or changed, but the rest stays. Nevertheless, the course of events becomes different, before impossible surprise us at every turn.”

Percy Shelly, British writer and poet, one of Romanticism’s classical scholars, wrote poem “The Sensitive Plant”, dedicated it to write and feminist Mary Wollstonecraft. In this poem author uses plant mimosa pudica as the symbol for woman’s image. This is a decorative plant with plumose leaves and pink circle-like flowers. Mimosa’ leaves are sensitive; they roll up at any touch. They also have sensors which react to pressure. Mimosa also has thorns and property to “remember” particular qualities of every contact and if the threat is absent, it wouldn’t roll its leaves. In Hebrew, this kind of mimosa called “don’t touch me!”

Mary Wollstonecraft is famous for her work “A Vindication of the Rights of Woman”, one of essential texts for western feminism. Mary called on to reject oppressive society’s stereotypes, based on surface-level ideas of beauty and femininity. Her ideals were intellect, common sense and independence. Mary was sure that only education can protect women for gender prejudice.

Ornament is a visual projection of a society, its symbol. Woman had to match society’s views, adjust to them, be useful, needed, drown in society. That’s why I show in my works women against ornament, in ornament, covered in ornament, in contrast to ornament.

Arabesque in my work based on ornaments of British artist William Morris, follower of Romanticism’s traditions. His wife and daughter, Jane and May, helped him and May’s stitching talent provided William with reputation as textile designer. There is belief that all Morris’ famous ornaments made by him but actually, many of them made by his daughter.

May Morris inherited and take charge of father’s business. She made sure that women were paid equally with men, despite the norm of that time to exploit women, paying them less than living wage. May founded the Women's Guild of Arts, the Art Workers Guild did not admit women.